We are open! Click here for information regarding our response to the Covid-19 pandemic

What is Restless Leg Syndrome?

Restless Leg Syndrome is also known as Willis-Ekbom disease. It is caused by the uncontrollable need to move your legs constantly. While it originates in the legs, it can also affect your chest and arms. Most patients with restless leg syndrome can minimize their symptoms by massaging their legs and moving them around with a bit of exercise, but more severe cases may be caused by underlying conditions. If your restlessness persists no matter how much care you put into your legs, you may need to schedule an appointment with a specialist. Restless leg syndrome can be a side-effect of other, more severe conditions. Contact Premier Vein and Vascular Center today to schedule your appointment with our team of experts.

These are some of the most common symptoms of restless leg syndrome:

Check with your family if they have a history of restless leg syndrome.

Some patients have noticed restless leg syndrome occurring in their last trimester of pregnancy. Most patients also note that their symptoms disappear immediately following birth.

Iron deficiencies can lower dopamine levels, which, as stated above, can lead to restless leg syndrome.

There are many chronic conditions that can have restless leg syndrome as a side-effect. These can include fibromyalgia, diabetes, Parkinson’s disease, hypothyroidism, and chronic kidney failure.

Other studies suggest that those suffering with restless leg syndrome have venous insufficiency. They have also noted that treating varicose veins can help alleviate the symptoms. A quick visit with Premier Vein and Vascular Center can address your issues and help find you the relief and treatment you need and deserve. 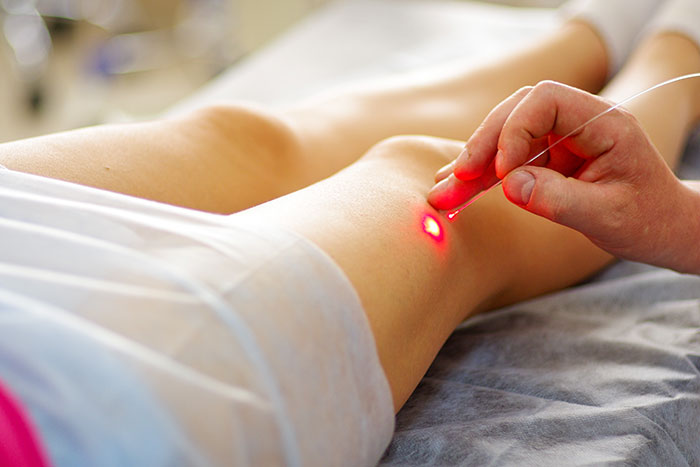 There are several home remedies you can try to alleviate your symptoms. These can include certain lifestyle changes, such as:

If you’re suffering from chronic restless leg syndrome, contact the team at Premier Vein and Vascular Center. We can run a series of in-depth tests and assessments to find the root of your illness and help treat you. Most patients experience a complete, permanent cure of restless leg syndrome after our treatment. Find out how we can help you today by scheduling your first appointment with us!